A Sicilian food masterclass amid the lemon groves

ecomHatch > Blog > A Sicilian food masterclass amid the lemon groves


A pair of cooks who could hardly be more different. Michael Tusk is the owner of Cotogna and the Michelin-starred Quince in San Francisco, which both major in Italian-inspired dishes. A laconic fellow who trained under Alice Waters and Paul Bertolli at Chez Panisse, he towers over everyone, a giant in chef whites and apron. Dora Caltabiano is the quintessential Sicilian grandmother. Resident cook at Rocca delle Tre Contrade, the villa in eastern Sicily where we find ourselves, she hails from the nearby town of Giarre, is not averse to gently scolding anyone (including her boss) when they get things wrong, and is so diminutive she barely rises over the pots on her stove. Yet here they are, teaching a pasta masterclass to a kitchen full of students.

It’s the first of several classes on a week-long culinary retreat, which combines lessons on how to make pork shoulder ragù, arancini and cannoli among other Sicilian favourites, with excursions to food markets, wineries and nearby attractions.

Our base for the week is a villa ringed by lemon groves that sits on a hill with spectacular views of Mount Etna and the Ionian Sea. Rocca delle Tre Contrade dates back to 1850 and has been restored by owners Jon Moslet and Marco Scire as a rental property with an infinity pool, clay tennis court and a suite of 12 ensuite bedrooms. Inspired by a three-month course they took at Darina Allen’s Ballymaloe Cookery School in County Cork, the pair have also converted the former wine cellar into a cavernous demo kitchen where guests can attend cookery workshops hosted by Caltabiano and top chefs including Skye Gyngell, Merlin Labron-Johnson and Christian Puglisi. Following this, his first workshop, Tusk will returning with his wife and business partner Lindsay for a follow-up next spring.

Our pasta masterclass starts with a briefing by Tusk on the different traditions of egg, soft-wheat and durum-wheat pasta. He also schools us on the near impossible – or so it seems to me – sleight of hand required to make trofie, a squiggly pasta from Liguria formed with the heel of your palm. Then Caltabiano shows us her method for making Sicilian macaroni, using the spokes of an umbrella. Her husband repurposes old umbrellas for precisely this reason. She presses a clump of dough onto the thin band of metal and rolls it out, yielding a tube of pasta that is slightly thicker around the middle. “Più forte!” she says of my overly cautious attempts.

Perhaps the most attentive student in class is Tusk, who cranes over with his iPhone, eager not to miss a thing. He is particularly impressed by her final flourish, when two macaroni are turned at the same time using both hands. “I gotta do that,” he marvels later. “Any time you’re side by side [with another cook], you learn more,” he says of the benefits of hands-on learning. “Those moments stick with you. It’s what chefs thrive off. Those little touches. And being respectful of traditions. Dora cooks in a very natural way, with respect for Sicily. I love that.”

For Tusk, this inaugural trip to Sicily has been a long time coming. He first visited Italy in the 1990s with Paul Bertolli, when he was working with him at Chez Panisse. The pair were sourcing barrels to make and age balsamic vinegar. Their barrel maker, a man named Francesco, took them on a tour of restaurants, wineries and acetaie in Emilia Romagna, where Tusk first developed an understanding of Italian produce and regionality.

“I remember Francesco taking us to his mother’s house for dinner,” he says. “She went into the backyard, picked some nettles and made tortelli with ricotta and wild nettles.” When in 2003 he opened Quince, an Italian-inspired restaurant celebrating north Californian seasonal produce, he took pleasure in using ingredients that were available in California but rarely on the menu. He also enjoyed serving regional dishes like agnolotti del plum, which few other American chefs were making. “It was the best compliment when Piedmont folks would come in and say the dish reminded them of home.”

Despite extensive tours of Umbria, Tuscany and elsewhere, Tusk never got round to visiting Sicily. But the region always intrigued him. He remembers catering a party in the early 2000s, where the guests were given Sicilian pistachio bonbons. Tusk ended up taking home five cases. “Every night I would look forward to eating one,” he says. “I started dreaming about those amazing confections.” But his love of Sicilian produce extends to countless other ingredients and dishes, including the region’s almonds, capers, olive oils and wine.

Standing outside in the courtyard, Tusk teaches us how to trim artichokes, whittling the bulbs like a manicurist before dropping them into pots of half-cut lemons with water. On the Sunday, Tusk breaks down a whole spring goat sourced from a butcher’s halfway up Etna, downing his knife to tear off joints with his hands. But he’s never more animated than on a trip to the local fishmonger’s in Riposto, where choosing between catch of the day he eyes a stash of silvery baby sardines. The vendor heaps a slimy mass onto the back of his hand, which he slurps off like caviar. It tastes delicious. At the covered market around the corner, Tusk scoops up monk’s beard, puntarella and blood oranges, all of which turn up for lunch. There are platters of citrus-spiked red mullet crudo with pumpkin seeds roasted in ash; cooked dorade with Tarocco oranges, fennel and greens; and trofie in a sugo of sea urchin, telline clams and pepperoncini. 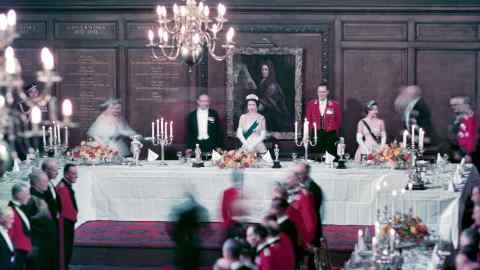 Needless to say, we eat handsomely throughout. And the evenings are rollicking affairs where guests trade stories over Sicilian wine and Tusk lets slip some of the scrapes and japes that have coloured his life as a chef. He’s a New Jersey native, though, so don’t expect him to sugar-coat anything but candies.

Jun 19, 2022Leave a Comment on A Sicilian food masterclass amid the lemon grovesBlog, Finance