Australia’s central bank has raised interest by the most since February 2000 as it adopts a more aggressive approach to curbing rampant inflation.

The Reserve Bank of Australia’s decision to raise rates by 50 basis points marked the first time that the bank has introduced back-to-back rate rises since 2010, and was at the top end of economists’ forecasts.

The central bank has been criticised in recent months for not acting sooner to damp the threat of inflation. But the RBA has now joined a wider global push to tighten monetary policy after stimulus measures were deployed during the coronavirus pandemic.

The sharp rise in rates had a knock-on effect on markets, with Australia’s S&P/ASX 200 index closing down 1.5 per cent in the wake of the RBA’s hawkish move.

Philip Lowe, governor of the RBA, said the action was needed to get inflation back towards target levels, with economists warning that the bank’s forecast of headline inflation rising to 5.9 per cent this year was conservative.

“Inflation is expected to increase further but then decline back towards the 2-3 per cent range next year. Higher prices for electricity and gas and recent increases in petrol prices mean that, in the near term, inflation is likely to be higher than was expected a month ago,” he said.

Australia’s Treasurer Jim Chalmers said the interest rate rise would heap pressure on households struggling with higher energy and food costs as well as on the Labor government, which has to pay down debt of A$1tn (US$719bn) it inherited when it won the general election last month. “This inflation challenge will get harder before it gets easier,” he said.

Inflation in Australia has been lower than in many other countries, such as neighbouring New Zealand, but the cost of petrol and fresh food has started to hit consumer confidence.

Fast-food chain KFC said this week said that it would start using cabbage leaves in its sandwiches in the country after a shortage of lettuce sent the price of the leaf soaring.

The food cost rise has been driven by flooding in agricultural regions, but Lowe said a tight labour market and global factors including the pandemic and the war in Ukraine had also contributed to inflation.

New Zealand’s central bank has moved an ultra-hawkish stance to deal with its inflationary pressure, and economists said that the RBA has started to follow suit.

The RBA highlighted a resilient economy and a strong labour market, with unemployment at the lowest levels for 50 years, as the causes underlying its decision to impose a steep rise. 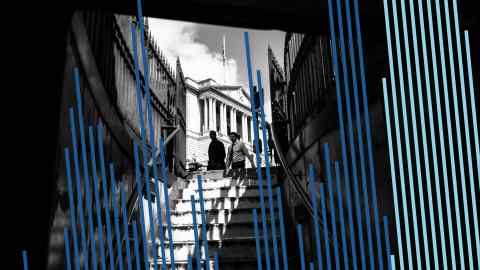 “They have identified slower household consumption growth due to faster inflation and higher interest rates as the key risk to the outlook — faster rate rises add to this downside risk,” said Sean Langcake, an economist with BIS Oxford Economics.

Chalmers said that the rate rise would add about A$87 a month to the cost of the average mortgage and A$157 for newer home loans.

The government would look to introduce new cost of living measures in its October budget, he added, with election pledges on medicines, wages and childcare due to be delivered.

The administration is also picking through public spending “line by line” for savings after inheriting a budget “heaving with Liberal debt”, according to Chalmers. “Our predecessors treated the budget as a giant political slush fund,” he said.

Jun 7, 2022Leave a Comment on Australia raises rates by most in 22 years to battle surging inflationBlog, Finance