Health regulators should decide by the end of the month whether to approve Covid-19 vaccines targeting the most recent virus strains without first requiring clinical data, BioNTech’s chief executive has said, as studies suggest jabs developed earlier in the pandemic are less effective against the latest variants.

Uğur Şahin warned that a sub-variant of Omicron that fully escapes vaccines’ protection might emerge as countries prepare to launch autumn booster campaigns. The debate over whether to allow a more rapid switch to an updated vaccine is becoming more “urgent”, he said in an interview with the FT.

A number of studies — including one from BioNTech and another in science journal Nature, both published this month — have shown that previous infections from the original Omicron strain, known as BA.1, do not provide a strong antibody response against newer versions. This suggests vaccines in development to tackle BA.1 may not offer the best protection.

“Time is ticking,” said Şahin. Even with shots using rapid mRNA technology, such as those from BioNTech and Moderna, it could take three months from selecting a strain to mass production of vaccines, he said. If new clinical data were required, it could take four months longer.

“It would be useful to have the opportunity to do the vaccine adaptation according to the newest data without the requirement to do extra clinical trials,” he said. Şahin added that the safety data would not be different from the trials for the original vaccine and the Omicron-tailored shot, as they would simply be “changing a number of amino acids of the spike protein”.

The call by BioNTech’s chief comes as the US Food and Drug Administration said it was talking to manufacturers about pursuing vaccines for the rapidly spreading BA.4 and BA.5 sub-variants that have caused a surge in Covid-19 hospital admissions across Europe. Peter Marks, director of the FDA’s Center for Biologics Evaluation and Research, said the regulator was exploring “all of the tools in our toolbox” to ensure the autumn booster jab was closely matched to the dominant strain at the time.

“It will be very important to be as closely matched to whatever is circulating as we move into the coming months,” he said.

Global regulators will meet later this month to discuss whether to switch to new vaccines tailored for the Omicron variant, as they prepare for autumn booster campaigns designed to protect the elderly and most vulnerable from the next wave of Covid-19.

Vaccine makers this month began publishing data from clinical trials on shots targeted at BA.1. Initial data show Moderna’s two-strain vaccine worked better to tackle the dominant Omicron variant than its predecessor jab, and Sanofi and GSK’s vaccine targeted at the beta strain was more effective than its previous candidate at tackling Omicron. BioNTech and Pfizer began rolling submissions of their unpublished data to regulators this week.

The International Coalition of Medicines Regulatory Authorities will meet to discuss these data at the end of the month. The FDA will also hold its advisory meeting in late June, but will not decide whether to make the switch until July. Marks said last month that a new vaccine would need to be at least 10 per cent better at combating the new strains than the current version.

Marco Cavaleri, head of vaccines at the European Medicines Agency, said regulators needed to know whether the new tailored jabs outperformed their predecessors and how many doses would be available before countries decided who should receive another booster in the autumn.

“This global conversation is extremely important, because we think global alignment is very important,” he said in an interview.

Amesh Adalja, a senior scholar at Johns Hopkins University in the US, said it would be better for manufacturers if the switch was co-ordinated around the world, because they could change all their production at once.

“I don’t think there’s any advantage to not synchronising logistics,” he said.

The World Health Organization has backed the use of an Omicron-targeted shot as a third dose to broaden immune responses. However, Soumya Swaminathan, chief scientist at the WHO, said it was waiting for more evidence comparing the variant-adapted vaccines to the original shots. Based on data from the existing vaccines, she was not convinced a fourth dose made a significant difference to most people, she said. 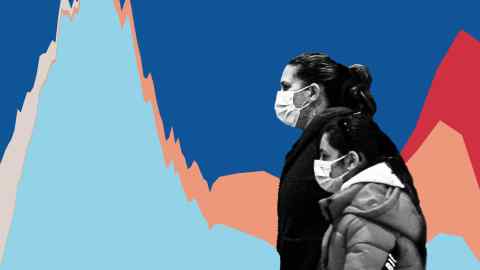 “While short-term follow-up studies show a benefit of the fourth dose in reducing symptomatic infection, this effect doesn’t seem to last long,” she said, adding that three doses was enough to provide long-lasting protection against severe disease.

But while regulators scrutinise the data produced in trials launched several months ago, Şahin suggested there needed to be a more “flexible system”, such as that used to select the next strains for an annual flu shot before clinical data are available. Each year, the WHO recommends strains of the influenza virus that should be used in an updated vaccine.

A new system would allow vaccine makers to press on with creating a vaccine to target BA.4 and BA.5 and change course if a new variant emerges during the summer. BioNTech was also using artificial intelligence to try to predict the most likely new mutations before they happened, said Şahin.