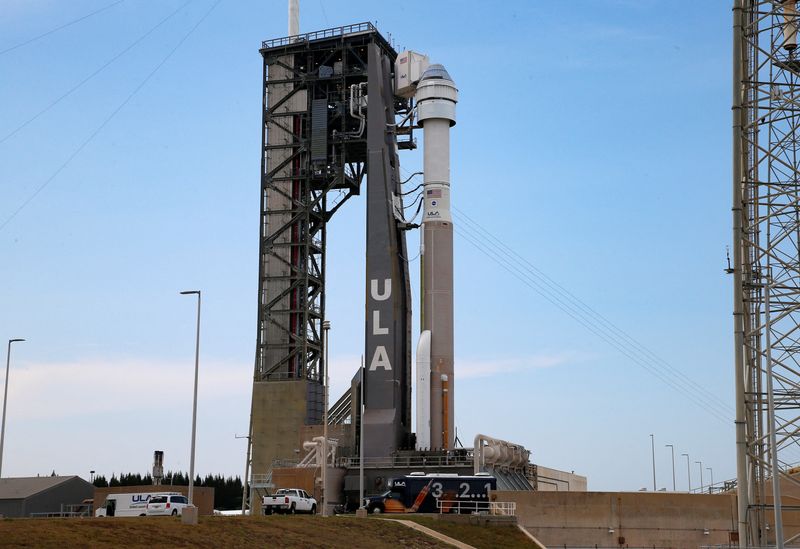 About 30 minutes after lift-off, the Starliner reached its intended preliminary orbit, after separating from the upper-stage Atlas V rocket and flying on its own power to a planned rendezvous with the space station.

It was at that point in Starliner’s previous test flight in late 2019 that a software glitch effectively foiled the spacecraft’s ability to reach the space station.

The capsule’s flight to orbit on Thursday was not without a hitch. Two onboard thrusters, out of a set of 12, failed during Starliner’s 45-second “orbital insertion” maneuver, NASA and Boeing (NYSE:) officials told a post-launch news conference.

However, a backup thruster kicked in, and the maneuver was completed, they said, adding that the malfunction, while yet to be explained, should not prevent the spacecraft from reaching its destination or returning safely to Earth.

“The system is designed to be redundant, and it performed like it was supposed to,” said Mark Nappi, Boeing’s Starliner program manager. “We have a safe vehicle, and we’re on our way to the International Space Station.”

The capsule was due to arrive at the space station about 24 hours after launch and dock with the research outpost in orbit some 250 miles (400 km) above Earth on Friday evening.

The Boeing craft is to spend four to five days attached to the space station before undocking and flying back to Earth, with a parachute landing cushioned by airbags on the desert floor of White Sands, New Mexico.

A successful mission will move the long-delayed Starliner a major step closer to providing NASA with a second reliable means of ferrying astronauts to and from the space station.

Since resuming crewed flights to orbit from American soil in 2020, nine years after the space shuttle program ended, the U.S. space agency has had to rely solely on the Falcon 9 rockets and Crew Dragon capsules from Elon Musk’s company SpaceX to fly NASA astronauts.

Previously the only other option for reaching the orbital laboratory was by hitching rides aboard Russian Soyuz spacecraft.

“Having a backup is important to the country,” NASA chief Bill Nelson told Reuters hours before liftoff.

Thursday’s launch also comes at a pivotal time for Boeing as the Chicago-based company scrambles to climb out of successive crises in its jetliner business and its space-defense unit. The Starliner program alone has forced Boeing to take $595 million in charges since the failure of its first uncrewed test flight to orbit in 2019.

The Starliner was not flying to orbit empty. The capsule was carrying a research mannequin, whimsically named Rosie the Rocketeer and dressed in a blue flight suit, to collect data on crew cabin conditions during the journey, plus 500 pounds (227 kg) of cargo for the space station’s crew – three NASA astronauts, a European Space Agency astronaut from Italy and three Russian cosmonauts

The two companies sparred over what caused its fuel valves to stick shut and which firm was responsible for fixing them, as Reuters reported last week.

Boeing said it has since resolved the issue with a temporary workaround and plans a redesign after this week’s flight.

If the second uncrewed trip to orbit succeeds, Starliner could fly its first team of astronauts in the fall, although NASA officials caution that time frame could get pushed back.

May 20, 2022Leave a Comment on Boeing’s Starliner space capsule launched on key test flight to orbit By ReutersBlog, Finance