Boris Johnson is hoping to line up major Saudi investment in British renewable energy on a visit to Riyadh on Wednesday, during which he will urge the desert kingdom to increase oil production to tackle market volatility.

But ahead of the trip the UK prime minister was accused by Labour leader Sir Keir Starmer of going “cap in hand from dictator to dictator” to beg for help, arguing that Johnson should have put in place a more balanced energy strategy years ago.

Johnson will fly to the Middle East overnight on Tuesday for talks in Saudi Arabia and the United Arab Emirates in an attempt to convince the two countries to help boost energy supplies and stabilise markets disrupted by Russia’s invasion of Ukraine. The UK announced last week that it would phase out Russian oil imports by the end of the year.

Lord Gerry Grimstone, investment minister, has been wooing the Saudis for months over a possible sovereign investment into UK green energy projects, which are at the heart of Johnson’s plan to reduce Britain’s consumption of imported oil and gas.

One government insider said the investment being sought would be a “big number”. Downing Street confirmed “we’ll be talking about developing renewable energy capacity”.

Saudi Arabia, which is the world’s top crude exporter and has been coordinating with Russia in Opec+, has been reluctant to pump more oil during the Ukraine crisis. Johnson’s visit to the country has been overshadowed by the execution of 81 individuals on terrorism-related charges on March 13.

The opposition leader said Johnson was right to explore ways to cut people’s energy bills, but that going to Saudi Arabia would not have been necessary had there been a more effective strategy in place.

Starmer argued that Britain has been too slow to develop new nuclear power stations and that the halt in the rollout in onshore wind under the Tory government had also caused problems.

He said human rights issues in Saudi Arabia were “a real cause for concern” and that Labour had said it would not supply arms for use by the Saudi government in its war in Yemen. Starmer said there were also “real questions” about the acquisition of Newcastle United last year by a Saudi-led consortium.

He argued that Johnson should focus on more solar and hydrogen power and the insulation of homes, rather than ingratiating himself with Mohammed bin Salman, the Saudi crown prince. 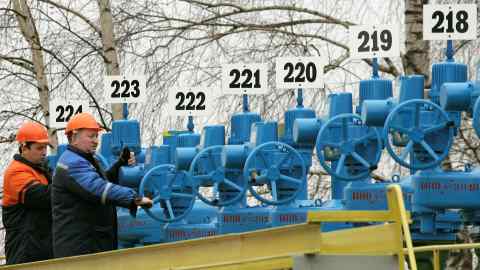 Downing Street said Johnson would raise human rights issues on his visit, while the prime minister’s allies hit back at Starmer, who they said was not interested in providing Britain with jobs and energy security.

Asked by Sky News if he was seeking help from “unpleasant” countries such as Saudi Arabia in order to counter the threat posed by Vladimir Putin, Russia’s president, Johnson said it was necessary to “build the widest possible coalition”.

One colleague of Johnson said: “He lives in the real world where we must turn to allies around the world to help us confront Putin, grow our economy and relieve the mounting cost of living pressure on our people.”