The Brazilian army has launched a search for a British journalist and Brazilian researcher who went missing deep inside the Amazon rainforest earlier this week.

Dom Phillips, a contributor to The Guardian and the Financial Times, and Bruno Pereira, an expert on indigenous peoples, disappeared on Sunday in the Javari valley, a remote area near the border with Peru that is home to several native tribes.

Pereira, a former official with Funai, the government’s indigenous affairs agency, had in recent weeks received threats from illegal gold miners and land grabbers over his work in the region.

The Amazon region has long been plagued by violence, with indigenous people and staff from non-governmental organisations often bearing the brunt of the aggression from groups operating illegally in the area.

The situation has deteriorated in recent years as budget cuts to Brazil’s environmental enforcement agencies translate into reduced manpower and a growing sense of lawlessness in a region almost the size of the continental US.

Phillips and Pereira were last seen leaving a village by boat en route to Atalaia do Norte, a regional town. The men never arrived.

A seasoned reporter who has lived in Brazil for 15 years and has extensive experience in the Amazon, Phillips is conducting research for a book about the rainforest.

The disappearance of the pair was picked up rapidly by local and social media. The subsequent publicity and intense pressure prompted the Brazilian authorities to dispatch army and marine forces to the region on Monday night. 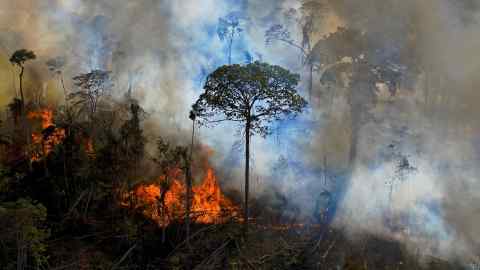 Local media reported on Monday that federal police in the state of Amazonas had interviewed two men in relation to the disappearance.

“Two people on a boat, in a region like that, completely wild, is an adventure that is not recommended,” President Jair Bolsonaro said in an interview with local television on Tuesday. “Anything could happen. It could be an accident, it could be that they were murdered. We wait and ask God to find them soon.”

Tom Phillips, Latin America correspondent for the Guardian, described Dom as one of the most seasoned journalists covering the Amazon.

“His reporting for us on the Yanomami territory was absolutely second to none,” he said. “Very few journalists had dared to go up those rivers and get to those gold mines and Dom did it because he felt that was one of the most important stories of the moment in today’s Brazil.”