Canada’s Brookfield Asset Management has struck a £4bn deal for HomeServe, the UK home repairs and emergency services group in one of the largest private takeovers in the London market this year.

The deal marks the end of 18 years on the London Stock Exchange for HomeServe, which was founded by chief executive Richard Harpin as a joint venture with South Staffordshire Water in 1993 before listing in 2004.

It has since become one of the largest home emergency businesses in the UK, with growing operations in the US, Europe and Asia.

Brookfield, the alternative investment group, said on Thursday that it would pay £12 a share for HomeServe through its infrastructure funds.

Although the price represents a 71 per cent premium on HomeServe’s share price on March 23, the day before Brookfield’s interest emerged, it is lower than the £13.65 the stock touched in August 2020 when the group was seen as a “pandemic winner”.

HomeServe fixes pipes and boilers, operates an online portal for tradespeople and is branching out into electric charging and other services. Its business boomed during the pandemic, when people were forced to work from home, although its share price has dropped since UK lockdowns ended.

Matt Evans, a portfolio manager at asset manager Ninety One, which is a top-20 shareholder in HomeServe, told the Financial Times earlier this week that Brookfield’s bid came “opportunistically” at a time when the company’s shares were cheap.

The bid is “bittersweet,” he said, adding that the “concern with UK plc is that we’re in a difficult period at the moment,” which could allow good companies to be snapped up on the cheap.

“The trouble with the bid is that HomeServe’s shares were trading at a material discount,” said Evans. “Using that as a starting point for a takeover premium doesn’t look particularly compelling. It might sound like a big premium to its undisturbed share price, but we think that the undisturbed price was at a big discount to what it should have been.”

Evans said that Ninety One had been attracted to its strong cash generation, growth opportunities, especially in the US, and management team.

“As a UK investor it’s rewarding to have UK businesses that stay listed and keep growing and compounding,” he said, driving employment, wealth creation and tax revenues in Britain. “If these businesses are sold too early, too many of those stakeholders can miss out on the upside.”

HomeServe said that the terms of the offer were “fair and reasonable” and that it would recommend the deal to shareholders.

Harpin is one of the UK’s richest entrepreneurs, as well known for his wide range of investment activities as for his travel between his home near Leeds and offices in Walsall via helicopter. He has also been a supporter of the Scouts youth organisation and a donor to the Conservative party.

He still owns a 7.4 per cent stake in the business, which will yield him about £300mn if shareholders back the sale. His wife owns a further 4.8 per cent stake.

Harpin said that Brookfield would be “a long-term investor in growth” that would allow the company to speed up expansion. “They want to invest more money in driving growth, and particularly replacing residential infrastructure and helping the decarbonisation agenda.”

HomeServe had been a “great British entrepreneurial success story,” he added. “To conquer America, to be able to take that business model to 10 countries, including Japan, I think we should be celebrating that success. There’s much more growth to come.”

The company has paid out more than £800mn in dividends since its demerger and listing in 2004. HomeServe said that it had emerged from the pandemic with all three business divisions performing strongly and well-positioned for continued growth. 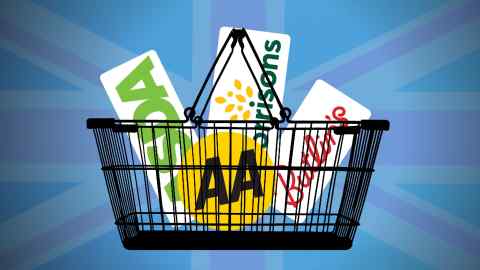 Davy stockbrokers saw that deal in the context of a wider buying spree by private equity in the UK support services sector.

“The sector is ‘in play’ — over the past 18 months, the private market has seen greater value than the public market in corporations that have strong market positions, balance sheets and cash flows, and are low in capital intensity,” they said. “Short-term price weakness has proved to be a trigger, and PE appears very much at the ready.”

Numis said HomeServe offered “attractive defensive growth, with high returns on capital, which have been oversold by the market”.

Shares were trading on a free cash flow yield of 6 per cent, growing at 15 per cent per year, it said, adding that the market “has lost sight of the overall prospects of the business, as highlighted by the approach from Brookfield”.

May 19, 2022Leave a Comment on Brookfield strikes £4bn deal for UK’s HomeServeBlog, Finance