Centrica pulls out of Bulb auction in blow to government


Centrica, the owner of British Gas, has pulled out of the auction for failed energy provider Bulb, leaving the UK government struggling to achieve a competitive bidding process.

Bulb collapsed last November after natural gas prices soared and it failed to raise new money. The government stepped in to ensure its 1.6mn customers still received energy and had planned to sell the business by the end of July.

Centrica’s withdrawal leaves just two confirmed potential bidders — Octopus Energy, the fifth biggest supplier, and Masdar, an energy company from Abu Dhabi — according to people close to the deal. One option is that the two team up, with Masdar providing the cash, and Octopus, which has never made a profit, taking on Bulb’s customers, said one of the people.

Ovo, the sixth biggest energy company, has not ruled itself out of the bidding but the company announced thousands of redundancies earlier this year and is lossmaking, so would need to raise finance.

Closing bids are due this Thursday in a sales process that is being handled by Lazards.

Bulb’s insolvency is expected to cost the government at least £2.2bn, making it the biggest state bailout since Royal Bank of Scotland in 2008.

It is also racking up costs for consumers, with Bulb making an £886mn loss in the six months since nationalisation, according to reports from administrators released this week.

Scores of creditors, many of them small businesses, are owed £585mn and are unlikely to be paid. But Sequoia, an infrastructure fund, which is backed by Simple, Bulb’s parent company, is guaranteed to receive its original £55mn investment and has earned a £10mn dividend since November.

Interpath, the administrator to Simple, has charged £3.7mn, or £800 an hour for 4,646 hours, since Bulb collapsed. A further £2.5mn in legal fees, mostly to law firm Freshfields, has been partially paid and Lazards, which is handling the sale, is expected to receive £1.5mn

Teneo, which is running the administration process, is expected to receive tens of millions of pounds.

Centrica’s decision not to proceed suggests the Department for Business, Energy and Industrial Strategy is hoping the purchaser may take on more of Bulb’s liabilities than the energy group would have wanted. In addition, Centrica may have had a steer from the Competition and Markets Authority that, as the largest household energy supplier, the regulator would be unlikely to want it to increase market share. 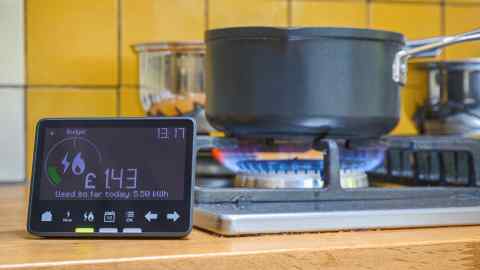 The National Audit Office has criticised energy regulator Ofgem’s handling of the crisis, which has seen 30 suppliers including Bulb collapse in the past year.

Customers of all suppliers will pay at least £96 a year, some of which has already been added to energy bills, to cover the cost of the failed businesses. This excludes the cost of bailing out Bulb, which is currently paid by taxpayers but will eventually be added to customer bills.

Hayden Wood, chief executive and founder of Bulb Energy, is still being paid the same £250,000 salary he received before the company’s rescue, and the company has employed Simon Stacey, a former N-Power executive, as finance director on an interim basis.

Jun 26, 2022Leave a Comment on Centrica pulls out of Bulb auction in blow to governmentBlog, Finance