China’s May oil imports from Russia soar 55% to a record, surpass Saudi supply By Reuters 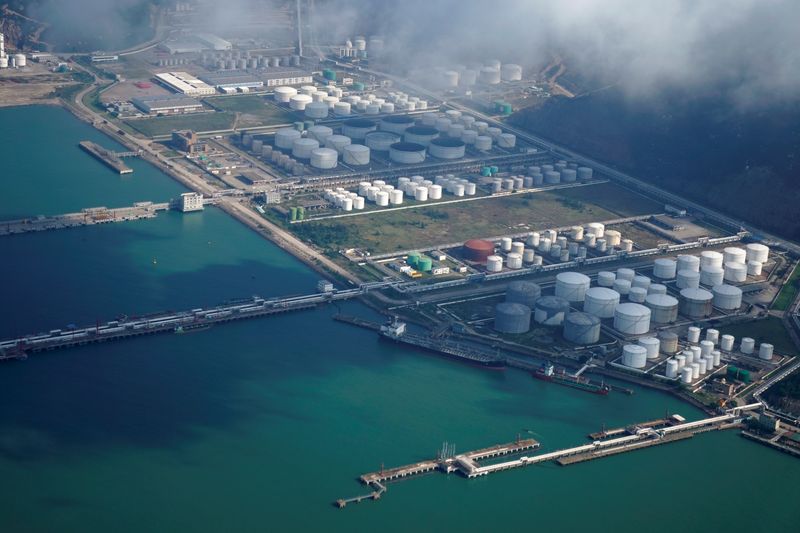 © Reuters. FILE PHOTO: Oil and gas tanks are seen at an oil warehouse at a port in Zhuhai, China October 22, 2018. REUTERS/Aly Song

SINGAPORE (Reuters) – China’s imports from Russia soared 55% from a year earlier to a record level in May, displacing Saudi Arabia as the top supplier, as refiners cashed in on discounted supplies amid sanctions on Moscow over its invasion of Ukraine.

Imports of Russian oil, including supplies pumped via the East Siberia Pacific Ocean pipeline and seaborne shipments from Russia’s European and Far Eastern ports, totalled nearly 8.42 million tonnes, according to data from the Chinese General Administration of Customs.

That’s equivalent to roughly 1.98 million barrels per day (bpd) and up from 1.59 million bpd in April. China is the world’s biggest crude oil importer.

Chinese firms, including state refining giant Sinopec (NYSE:) and state-run Zhenhua Oil, have ramped up purchases of Russian oil, enticed by steep discounts after western oil majors and trading houses pulled back due to sanctions.

Saudi Arabia trailed as the second-largest supplier, with May volumes up 9% on year at 7.82 million tonnes, or 1.84 million bpd. This was down from April’s 2.17 million bpd.

Russia took back the top ranking after a gap of 19 months.

Jun 20, 2022Leave a Comment on China’s May oil imports from Russia soar 55% to a record, surpass Saudi supply By ReutersBlog, Finance