Commonwealth ends summit with call for action on climate change, trade By Reuters 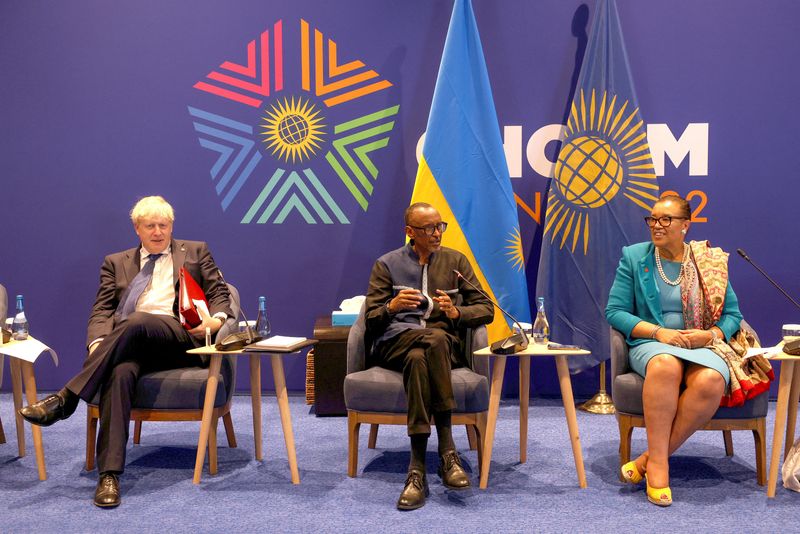 KIGALI (Reuters) – The 56 members of the Commonwealth made broad commitments to addressing climate change and boosting trade on Saturday as they concluded a summit aimed at shoring up the relevance of a group that evolved from the British empire.

The club, which covers some 2.5 billion people or about one-third of the world’s population, presents itself as a network for cooperation with shared goals, but critics say it needs to take concrete actions and be more than a talking shop.

The week-long summit in Rwanda’s capital Kigali included comments from Britain’s Prince Charles on Friday expressing sorrow for his country’s role in the trans-Atlantic slave trade, the first time the Commonwealth has publicly addressed the subject.

Some members urged the organisation to go further by discussing reparations to countries affected by the trans-Atlantic slave trade.

There was no mention of the topic in the final communique or news conference, which instead focused on declarations regarding sustainable development, health care and gender equality.

“We know that we are at code red when it comes to climate change and that the small member states are facing a crisis that could be existential,” Patricia Scotland, re-elected during the summit as Commonwealth secretary-general, told reporters.

Scotland also touted rising trade between Commonwealth members, which she said she expected to hit $2 trillion per year by 2030 after collapsing during the COVID-19 pandemic.

Gabon and Togo were newly accepted into the Commonwealth, part of a trend of former French colonies in Africa seeking new alliances beyond Paris’ old networks of influence.

“If the Commonwealth wasn’t alive and vibrant and constructive, why would countries such as Gabon … and Togo join?” Michael Moussa Adamo, Gabon’s foreign minister, told Reuters.

“There is nobody that is in prison in Rwanda that should not be there,” he said. “Actually there are people who are not in prison who should be there.”

Also in the spotlight has been Britain’s controversial policy to deport asylum seekers to Rwanda, described as “appalling” by Prince Charles, according to British media. Prime Minister Boris Johnson and Kagame have both defended it.

Jun 25, 2022Leave a Comment on Commonwealth ends summit with call for action on climate change, trade By ReutersBlog, Finance