The top antitrust enforcer in the US has warned that the Department of Justice will take a tougher stance on private equity firms rolling up swaths of the American economy, as it targets buyout groups that have largely skirted the watchdog’s scrutiny.

Kanter, who joined the DoJ in November, said buyout groups were “an extremely important part of our enforcement programme” and that a fuller assessment of their deals was “top of mind for me, and . . . for the team”.

His decision to target the sector comes as buyout firms such as Blackstone, KKR and Apollo have grown to become diversified conglomerates controlling vast chunks of the US economy, ranging from retail chains to hospitals and data centres.

Private equity groups, which are sitting on trillions of dollars amassed from their investors, announced a record 14,730 deals last year globally worth $1.2tn, nearly double the previous high set in 2007, according to Refinitiv data.

The boom in dealmaking by private equity firms reflects only a portion of the size of the industry, which has in recent years also become a significant provider of capital to acquire or rescue companies.

Historically, private equity companies were seen as buyers of small assets, which were often sold off by large listed corporations that needed to settle antitrust concerns secure regulatory approval for deals with rivals. But now, the largest private equity groups resemble the industrial conglomerates they used to help break apart.

Kanter is one of several progressive officials appointed by Joe Biden to top antitrust roles as the US president seeks to crack down on anti-competitive conduct in the image of “trust buster” Theodore Roosevelt.

The new cohort of antitrust leaders — which includes Lina Khan, chair of the US Federal Trade Commission — believes lax enforcement and an excessive focus on consumer benefits in recent decades have allowed some businesses to dominate large chunks of the US economy.

In one of his first speeches following his appointment, Kanter warned the DoJ would seek to block more anti-competitive deals rather than pursue complex settlements and lamented a “dearth” of lawsuits addressing monopolistic behaviour, counting a 20-year gap between big cases.

If Kanter follows through on his private equity pledge, it would place the buyout industry alongside tech giants as a critical target in the US antitrust landscape.

“Many of the mergers we’re confronting are as a result of [private equity] roll ups,” Kanter said, referring to buyout firms purchasing and then merging several businesses in the same sector.

One area of focus for the agency is “interlocking directorates”, where executives from a buyout group sit on the boards of multiple, competing companies they own or control. Such governance arrangements could violate a section of the 1914 Clayton Antitrust Act, Kanter said, adding: “We’re going to enforce that.”

He also said the DoJ would pay closer attention to private equity’s role as a buyer of assets when the agency orders companies that are merging to divest assets to preserve competition. Kanter has said such a solution is often less effective than blocking the deal outright.

“Very often settlement divestitures [involve] private equity firms [often] motivated by either reducing costs at a company, which will make it less competitive, or squeezing out value by concentrating [the] industry in a roll-up,” he said.

However, experts said applying existing antitrust laws to private equity could be challenging given they are largely tailored to bilateral tie-ups. That is often incompatible with the private equity model, which involves building portfolios with a string of companies that relate to each other in a multitude of ways.

“If we’re going to be effective, we cannot just look at each individual deal in a vacuum detached from the private equity firm,” Kanter said. 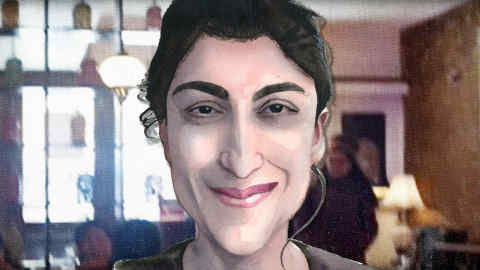 Antitrust agencies are looking for ways to increase scrutiny of private equity. For instance, the DoJ and the FTC are in the process of changing pre-merger notification forms to toughen up disclosure requirements. “[We’re] making sure that we get more information upfront to help us understand . . . the full competitive picture,” Kanter said.

The two agencies are also overhauling merger rules in an effort to crack down on unlawful deals, with a renewed focus on buyout groups.

“It’s important that we articulate a tractable, legally sound framework in the merger guidelines, but one that’s broad enough and flexible enough to address issues [including] private equity [or] technology,” Kanter said.

May 19, 2022Leave a Comment on Crackdown on buyout deals coming, warns top US antitrust enforcerBlog, Finance