Companies will be forced to keep making acquisitions despite the threat of a global recession due to the relentless pressure from new technologies, according to one of Wall Street’s top investment bankers.

However, Blair Effron, co-founder and partner at Centerview Partners, one of the largest boutique investment banks, said a need for companies to keep pace with innovation and add new products and services has made the M&A industry “less cyclical”.

“Disruption in any industry, the idea that companies have gotten better about thinking about acquisitions generally, they think about how to build capabilities, not just new products, they think about every company considering itself in some ways a technology company,” Effron said in an interview with the Financial Times.

“There’s a reason the last year [had] $5tn [in M&A] activity globally. The average before that for the past five years was $4tn. My bet is you end up, whether it’s between $3.8tn or $4tn, that’s where we end up again in 2022,” added Effron, who founded Centerview with Robert Pruzan in 2006.

Last year was a record year for investment banking fees for companies such as Centerview, which earns fees on transactions being completed. Centerview, which as a private company is not required to disclose earnings, earned more than $1.5bn in revenue last year, a record for the bank, according to people familiar with the matter.

In the first five months of 2022, global M&A volumes of pending and completed deals totalled $1.88bn, down from $2.92bn in 2021 but still ahead of the $1.57bn at that point in 2019, according to Refinitiv data. Part of that activity, though, is coming from the completion of transactions which were announced last year.

“If we remain in an uncertain environment, and we’re deep into the [autumn], it will absolutely have an impact on 2023,” Effron said. 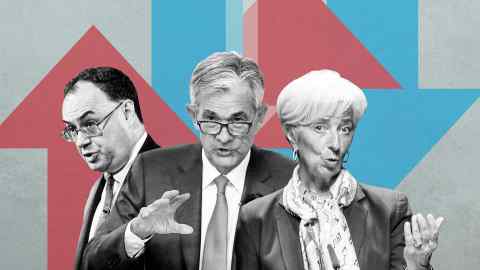 In addition to the uncertain economic backdrop, investment banks like Centerview are also grappling with how to get its workforce back to the office on a more regular basis following two years of largely remote work during the pandemic.

Effron said the bank wants “our people to be less efficient and less productive” as a result of the time spent commuting into the office, but believes being in the office will help employees be “more creative, more collaborative”.

“We encourage that you’re in the office four days a week. But we don’t mandate and we assume we’re doing our jobs well and making the office attractive and making it a campus,” he said.

“Without a lot of pushback, most people are in the office. And if you’re not then obviously you’re probably travelling for clients or doing something else. You’re not sitting on a Wednesday at home.”