Bennie Thompson and Liz Cheney had two jobs on Thursday night as they began a series of televised hearings in which they hope to prove Donald Trump incited an attempted coup against the US government.

The Democrat and the Republican leading the Congressional investigation into last year’s attack on the US Capitol aimed to provide a compelling narrative of the events of January 6 2021, and to lay the groundwork for a possible prosecution of the former president for his alleged role in them.

On the first task, experts said afterwards, they succeeded. Using a damning mixture of video footage, audio recordings and live testimony, the committee showed how far-right groups planned and organised a riot with the intention of stopping Joe Biden being certified as president.

They also showed that Trump had urged them on from his Twitter feed and from a podium outside the White House, and then watched the violence on television, raging at advisers who urged him to call off his supporters.

Their second task, however, based on Thursday night’s evidence, is likely to prove more difficult. While Cheney argued Trump had “summoned the mob, assembled the mob, and lit the flame of this attack”, the committee has not yet proven that he colluded with the insurrectionists directly.

Thompson said after the hearing there would be further evidence of contact between the rioters and Trump’s inner circle. Legal experts say this could be critical to any criminal case.

“What this committee has done in such a short space of time is historically unprecedented,” said Ankush Khardori, a former federal prosecutor. “But what you also saw last night was how much they have been hampered by the unwillingness of those around Trump to be frank and courageous.”

Yet Thursday’s hearing was not without some candour from the former president’s inner circle.

The committee also presented the most comprehensive and comprehensible account yet of what happened on January 6.

With the help of James Goldston, a former president of ABC News, the committee put together a harrowing video of protesters moving towards the Capitol, storming it and rampaging inside.

The presentation used footage taken from television crews, protesters and the documentarian Nick Quested, and spliced it together with audio recordings from officers working that day. “Declaring it a riot,” said an officer at 2.39pm. “I need more support,” another yelled as he was swamped by the mob. “We lost the line. We’ve lost the line.”

And as the crowd screamed profanities and threw projectiles at the officers in front of them, the committee overlaid a now famous recording of Trump talking about the attack later in the year. “They were peaceful people,” he said. “The love in the air, I’ve never seen anything like it.”

Members also showed footage of contacts between the two far-right groups at the heart of the violence: the Proud Boys and the Oath Keepers, the latter of which moved in battle formation as they stormed the Capitol.

But despite the committee’s showmanship, the question of any possible ramifications for Trump remains unclear. One of the most important audience members for Thursday night’s broadcast was Merrick Garland, the Biden-appointed attorney-general who has come under pressure from progressives to bring charges against Trump.

But charging the former president would be more difficult, legally and politically, experts say.

Trump’s supporters are already claiming the committee is conducting a witch-hunt. Their grievances will only be amplified if the justice department charges the former president but fails to prove in court either that he colluded with rioters or that he intended for them to break into the Capitol.

A large gap in the committee’s narrative was what Trump was doing in the 187 minutes between the attack starting and him issuing a plea for his supporters to “go home”.

Members laid out some tantalising hints, painting a picture of him “yelling” at advisers who tried to get him to issue a statement, and even suggesting he agreed with protesters calling for the execution of his vice-president Mike Pence.

But so far they have not shown any contact between the president or his inner circle and the rioters themselves, evidence that would prove vital if criminal charges are to follow.

The committee also showed hints that some of those close to Trump knew what was going to occur before it happened. “All hell is going to break loose tomorrow,” Bannon said the day before. But members have not yet provided conclusive evidence that Trump himself directed the violence or intended for it to happen.

Even if he is not prosecuted, Democrats hope these hearings might destroy his support in public and in Congress, just as the televised Watergate hearings did for Richard Nixon 50 years ago. 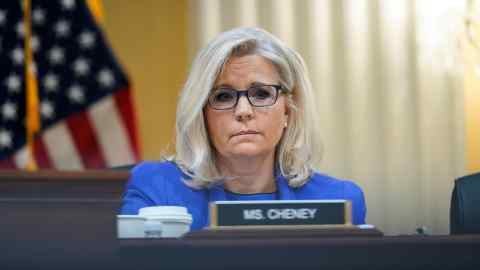 “One of [the committee’s] jobs was to make a difference at the ballot box,” said Norman Eisen, a former US ambassador who advised the congressional committee that conducted Trump’s first impeachment. “They needed to show that the 2022 and 2024 elections are going to be referendums on whether we want our country to go the way of democracy or Trumpery — and they did that.”

Part of the problem for committee members, however, is that unlike Nixon, Trump has always done the things for which he is criticised in public. He once claimed: “I could stand in the middle of Fifth Avenue and shoot somebody, and I wouldn’t lose any voters.”

Indeed, the most compelling evidence of him having organised the attempted coup was from his own Twitter feed. “Big protest in D.C. on January sixth,” he tweeted on December 19. “Be there, will be wild!”

Some lawyers believe these hearings will differ from the Watergate ones in how much was done in secret as opposed to in the open. But they warn that even if there was no cover-up, Trump could still face criminal charges if it can be shown he deliberately incited or helped organise a riot.

Eisen said: “You can only shoot people in the middle of Fifth Avenue so many times before someone is going to arrest you and put you in jail.”