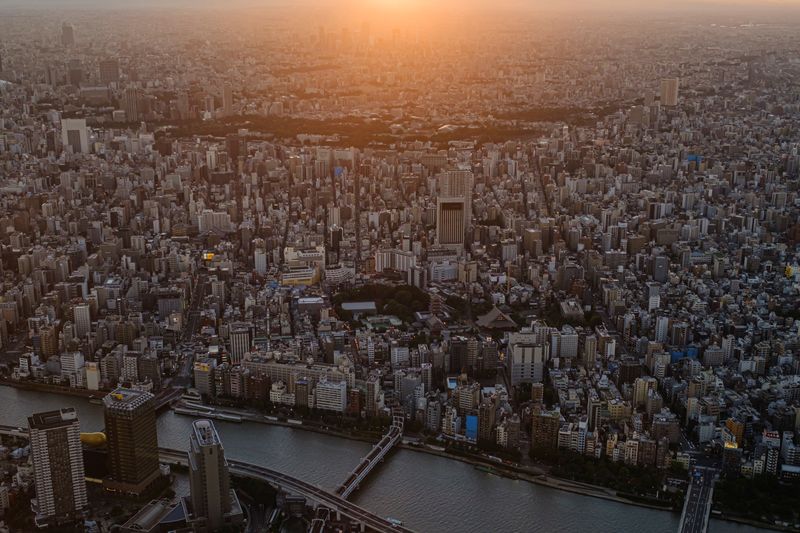 TOKYO (Reuters) – Japan’s services sector activity grew at the fastest pace in half a year in May as consumer sentiment recovered further following the easing of coronavirus curbs, though high energy and material costs pushed up input prices by a record rate.

The final au Jibun Bank Japan Services Purchasing Managers’ Index (PMI) rose to a seasonally adjusted 52.6 from the prior month’s final of 50.7, with activity coming in well above the 50-mark that separates contraction from expansion.

The figure marked the fastest rate of expansion since November 2021 and was better than a seasonally adjusted 51.7 flash reading.

“Activity over the coming months looks set to be strong, as the levels of outstanding business rose at the sharpest rate since September 2019,” said Usamah Bhatti, economist at S&P Global (NYSE:) Market Intelligence, which compiles the survey.

“That said, rising prices remained a slight drag on demand, as cost burdens rose at a record rate.”

Business in the sector saw overall input prices rise for the 18th straight month, citing a wide range of factors such as increased fuel and raw material costs.

The input price pressures lead them to charge more for services, partially passing on the higher cost to consumers, the survey showed.

The composite PMI, which is calculated using both manufacturing and services, rose to 52.3 from April’s final of 51.1 to mark the fastest pace of expansion in five months.

After seeing a contraction in January-March, the world’s third-largest economy is expected to rebound this quarter, likely growing an annualised 4.5% as the pandemic’s drag on consumer sentiment wears off.

The economy still faces risks from price rises of food and a wider range of consumer products that could crimp household spending and parts and high-tech chip supply disruptions that are hurting manufacturers.