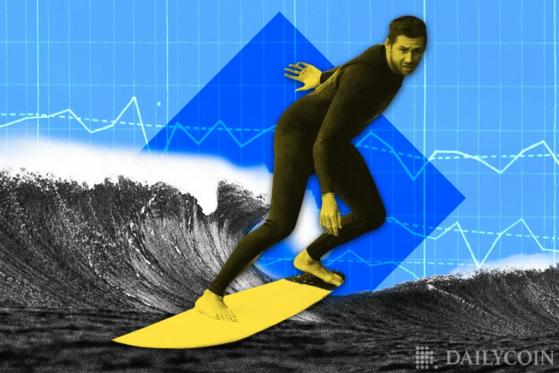 The project emphasizes the ease it affords developers who want to onboard and build on the protocol. So, how has this easy to adopt protocol been performing recently?

Waves recently announced the launch of a decentralized autonomous organization (DAO). The council is composed of Waves Enterprises, Waves Labs, and Tokenomika.

The DAO was to manage and execute decisions by the community members. In addition, the protocol has made its software code open-source, allowing developers to leverage the existing code to build.

Large accounts have also been liquidated, and their collateral is taken over to be used for the benefit of the Waves ecosystem.

Prior to the de-pegging of Terra’s UST stablecoin, Waves’ algorithmic stablecoin, Neutrino USD (NUSD), also lost its peg to the value of the U.S. dollar in early April. This was due to the aggressive selling of the token in the USDN liquidity pool on Curve Finance.

Despite falling to as of now at $0.68, the NUSD is now pegged at 1:1 with the dollar. To prevent the issue from repeating itself, Waves released a revival plan.

Waves set a threshold of 1 and a max borrowing for APR to 400 tokens to avoid aggressive selling if it’s tokens. Borrowers must now return 99.98% of their loans to avoid liquidation of their positions.

The daily withdrawal limits for USDT and USDC across all the DeFi protocols on the Waves ecosystem have been set at $1,000. This discourages the use of DeFi bit and whales who could pull massive liquidity from a protocol at once.

Priding itself as an easy developer onboarding project, Waves is adding Java and Go libraries updates to its protocol. According to waves, the update will support all the Waves blockchain features and be made available “soon”.

Despite the plunging prices of crypto assets, Waves (WAVES) has been one of the biggest gainers. In the last one week, the price of WAVES has gone up by more than 140%.

WAVES now trades at $9.60 and is ranked as the 51st largest cryptocurrency with a market cap of $1.07 billion.

Waves is a community-centric project, and this is mirrored by the recent launch of a DAO. Waves grant its community members the power to reject proposals that they perceive would be against free-market values and accept proposals that benefit the long-term sustainability of the Waves DeFi ecosystem.

The project also enjoys immense community support from members who believe in the DeFi ecosystem Waves is building.@bryptokenneth3 writes about the project;

$WAVES | @wavesprotocol is building at such an incredible pace:- Partnered with $FTM- Leveraged token pools- Launched the #Gravity developer network- Upcoming $WAVES version of , which will be both cheaper and faster- $USDN has just exceeded 30mBullish on $WAVES. pic.twitter.com/Y4bAO1Fsub

Zhu Shu, the co-founder of Three Arrows Capital, has also recognized the potential of WAVES in his recent tweet. Shu shared;

Boomers thought Luna1 collapse would take down the crypto industryInstead, Tron, Waves, and other chains still working hard on next-gen algostable coinsLuna2 reuniting the community as they rebuild the ecosystemAll w/ zero need for govt bailouts

Something is brooding at @wavesprotocol … $waves coins has a massive volume last few weeks but even this week it is insane! This together with a nice reaction/bounce from support zone.. Will this be the reversal ? Will $BTC not ruin the chart ? Exciting weeks coming !! pic.twitter.com/TZZsqHZiUl

Why You Should Care

The ability of the Waves team to restore the peg of its USDN stablecoin after being de-pegged is a testament to its potential and the effort being put into development.