A European space telescope has revealed extensive details of the stellar diversity within our Milky Way, which will help scientists to reconstruct the galaxy’s evolution and predict its development billions of years into the future.

Astronomers are using new data from the Gaia observatory to map the movements and chemical signatures of almost 2bn stars — giants and dwarfs, old and young — including some vibrating violently during events known as “starquakes”.

The multidimensional cosmic survey was released on Monday by the European Space Agency (ESA). Astronomers compared its impact on their field to genomic analysis in biology.

“Our galaxy is a beautiful melting pot of stars,” said Alejandra Recio-Blanco of the Observatoire de la Côte d’Azur and a member of the Gaia collaboration. “This diversity is extremely important because it tells us the story of our galaxy’s formation . . . It also clearly shows that we all belong to an ever changing system, formed thanks to the assembly of stars and gas of different origins.”

Gaia is in a special orbit 1.5mn km from Earth, called Lagrange point L2, close to the new James Webb telescope which was fired into space late last year. Gaia’s sample of 1.8bn stars is about one per cent of the Milky Way’s total stellar population.

“Gaia is a survey mission,” said Timo Prusti, project scientist at ESA, in contrast to many other observatories, such as the Webb and Hubble space telescopes. He said this approach means “Gaia is bound to make discoveries that other more dedicated missions would miss.”

“We can’t wait for the astronomy community to dive into our new data to find out even more about our galaxy and its surroundings,” said Prusti.

The data release adds new information about stars’ chemical composition, temperature, mass and speed of movement toward or away from the solar system. Many stars such as the sun contain heavy metals recycled from previous generations of stars that have been born and died over the 13.6bn year history of the Milky Way, though some contain only the primordial light elements hydrogen and helium. 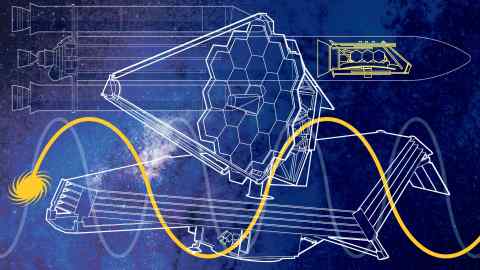 An unexpected discovery emerging from the new data is the ability of Gaia to detect starquakes — strong oscillations, like stellar tsunamis, detected in thousands of stars. Conny Aerts, an asteroseismologist at KU Leuven in Belgium, said: “Starquakes teach us a lot about stars, notably their internal workings . . . in the same way as earthquakes help us to understand what is going on inside our planet.”

Although Gaia was launched in 2013 primarily to map stars, it is also cataloguing other objects, from millions of galaxies far beyond the Milky Way to asteroids inside our solar system.

The telescope is beginning to detect planets orbiting around the stars it surveys, known as exoplanets. Anthony Brown, chair of the Gaia data analysis consortium, said about 200 probable planets elsewhere in the Milky Way had been identified so far “but it should be capable of identifying tens of thousands of exoplanets as we receive more data”.