Tether has held some reserves at Bahamas bank Capital Union


Tether has held some of its reserves at a small Bahamas bank called Capital Union, people familiar with the matter said, shedding further light on how the group manages the $73bn stablecoin that underpins the crypto market.

The stablecoin issuer has generally declined to reveal where exactly it holds the assets that back its eponymous token, known as USDT, noting that, as a private company, it is not obliged to reveal information on its financial partners.

Tether has come under renewed scrutiny in recent weeks after USDT briefly traded as low as 95 cents, significantly below the $1 peg it seeks to maintain. Investors have since redeemed more than $10bn from Tether, which has argued that the outflows have proven it has ample liquidity on hand.

Launched in 2014, Tether’s USDT token is widely used in cryptocurrency markets for trading bitcoin and other major digital assets. USDT is the largest stablecoin in circulation by market value.

Tether is registered in the British Virgin Islands and promises to redeem on demand USDT on a one-to-one basis with dollars.

The company’s ability to keep that promise ultimately depends on the liquidity and safety of its reserves, which it says include bank deposits, US government bonds, commercial paper, precious metals and cryptocurrencies.

Capital Union said “the only information we make publicly available about our company is contained in the annual report” on its website, while Tether did not comment on its relationship with the bank.

Tether previously disclosed that it has had a banking relationship since 2018 with another Bahamas bank, Deltec Bank & Trust, whose chair Jean Chalopin co-created the cartoon Inspector Gadget in the 1980s.

In the past, Tether struggled to access the traditional financial system. Last year, US regulators said Tether had previously misled users about its reserves, in part because it had used bank accounts in the names of its general counsel and sister exchange Bitfinex. Tether and Bitfinex agreed to pay $60mn across two settlements in which they neither admitted nor denied wrongdoing.

In an interview with the Financial Times this month, Tether’s chief technology officer Paolo Ardoino said its most liquid reserves, cash deposits, were held at two Bahamas banks. He added that Tether had “strong banking relationships” with “more than seven, eight banks across the world”. 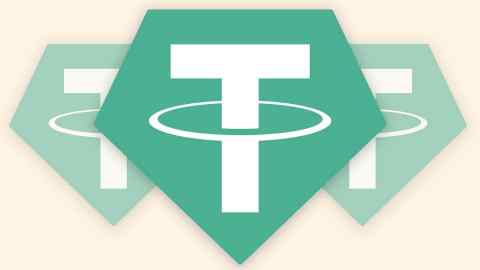 People familiar with the matter said Capital Union was another Bahamas bank that Tether had used. The boutique bank was founded in 2013 and had assets of $1bn as of the end of 2020, the most recent year for which there are public accounts. Capital Union’s chair, Lonnie Howell, previously co-founded EFG International, a publicly traded Swiss bank.

It is unclear exactly how much of Tether’s reserves have been held through Capital Union, or when the relationship began. Chalopin in a 2021 interview with Bloomberg said Deltec held only about a quarter of Tether’s reserves, then about $15bn, in the form of cash and low-risk bonds.

Capital Union in June 2021 began publishing research reports about crypto. Later that year, it appointed a manager for digital assets and other business areas, according to the person’s LinkedIn profile, which said they had in that job “created and implemented Digital Asset reconciliation procedures” and “automated the Digital Asset booking procedures with excel to reduce processing time and errors”.

May 30, 2022Leave a Comment on Tether has held some reserves at Bahamas bank Capital UnionBlog, Finance