It has been two years since the police murder of George Floyd on an otherwise unremarkable street corner in Minneapolis, and still the protesters come.

Every day since then-officer Derek Chauvin knelt on Floyd’s neck for nine minutes, squeezing the life out of him and provoking a national reckoning on race and policing in America, they have occupied the patch of what is now hallowed ground, beside a mural depicting Floyd as an angel, surrounded by flowers and other mementoes.

Yet while Floyd’s memory has been enshrined, along with the events of that now historic day, Minneapolis has found it more complicated to grapple with the racial inequalities that underlay his death.

Talk of systemic racism still dominates local politics. But efforts to address it have been frustrated by a host of factors — from a divided state legislature to the distractions of the lingering Covid-19 crisis.

“I don’t know that anything has actually physically changed yet,” said Alex West Steinman, co-founder of Minneapolis co-working space The Coven, which caters to women of colour. “I think people are continuing to wake up [to racism] and it’s exhausting for black people to continue to watch people wake up because we’ve been up.”

The anniversary of Floyd’s death comes as police reform has stalled at both the federal and local levels. On Wednesday, US president Joe Biden is expected to issue an executive order aimed at cleaning up some areas of policing, but its scope will be more limited than his administration’s sweeping legislation on the issue, which failed to pass the Senate last year. 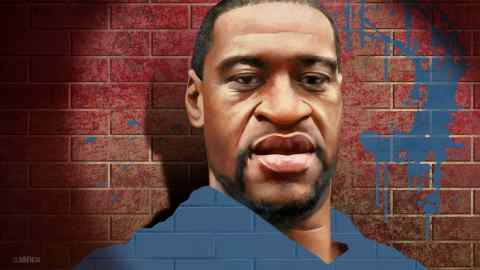 Meanwhile in Minneapolis, the city’s voters rejected a highly contested ballot initiative in November that would have disbanded the police department and replaced it with a public safety team with fewer armed officers. The same month, several city council candidates who advocated defunding the police failed to win seats; in December, the city allocated $191mn in new funding for the force.

Michael Zis, senior instructor of political science at Macalester college in Saint Paul, Minnesota, said rising crime played a role in dooming the reform initiative. Police reported 95 homicides in the city last year, the most since 1995 and nearly double the number in 2019.

“All that sort of took the wind out of the sails of the police reformers,” Zis said. “Things are moving in fits and starts, and not nearly as fast as most advocates want them to.”

Since Floyd’s death, Minneapolis has been traumatised by two other fatal police shootings of black men — Daunte Wright and Amir Locke — adding to the sense of hopelessness among residents that even the national outrage over Floyd’s death did not prevent history from repeating itself.

Kim Potter, the officer who shot Wright after allegedly mistaking her gun for a Taser during a traffic stop, was found guilty of manslaughter in December and is serving a two-year prison sentence. Officials declined to press charges against the officer who shot Locke while executing a “no-knock” warrant, in which Locke was not named.

“It’s a huge slap in the face,” said Marquis Bowie, a Southside native who now works for the violence interruption group the Agape Movement.

In some ways, Minneapolis is an unlikely epicentre for the racial justice movement. It is a largely white Midwestern city known for its plentiful lakes, and has long taken pride in its progressive politics. Yet beneath the surface, anger has simmered in black and indigenous communities over disparities in healthcare and education.

Longstanding tensions between residents and the local police came to wider prominence after the 2016 killing in neighbouring Saint Paul of Philando Castile, a black man who was shot by a police officer during a routine traffic stop while driving with his girlfriend and her 4-year-old daughter.

After a two-year investigation, the state’s human rights department last month found that the Minneapolis Police Department “[engaged] in a pattern or practice of discriminatory, race-based policing” for a decade.

Today, despite the failure of the initiative to disband it, Minneapolis’s police force remains in turmoil. The scrutiny that followed Floyd’s murder prompted a mass exodus of rank-and-file officers, while the force is also facing a lawsuit alleging that the department failed to maintain mandatory minimum staffing levels.

Policing is only part of the change the black leaders are seeking. Many residents say they are frustrated that local officials have not done more to support the neighbourhood where Floyd was killed, after several local businesses permanently shuttered when the protests began.

Meanwhile structural inequalities in the city persist, despite pledges from the recently re-elected mayor Jacob Frey to tackle them. The civil rights organisation the NAACP ranked Minneapolis 92nd out of 100 US metro areas for racial equity, citing inequities in housing and economic opportunity.

Only a quarter of black Minneapolis residents own their homes, compared to three-quarters of the city’s white residents. Black households also earn less in the Minneapolis metro area, with a median income that is more than $51,000 lower than that of their white counterparts at $27,626.

Still, some residents remain hopeful. Among the storefronts that have reopened, some are occupied by new black-owned businesses.

“I’ve never seen as many black faces in business as there are in the area now,” said Billy Jones, who opened Forreal Coffee, a joint coffee house and real estate brokerage on the edge of what is now called George Floyd Square, in March. “It feels pretty good for the time being. How long that lasts, you don’t know.”

Marcia Howard, a public school teacher and retired Marine who lives next door to Briggs on the edge of the Square, said she always expected that it would take years to heal the city’s wounds. Among her former students is Darnella Frazier, who filmed Floyd’s murder on her phone, turning it into a global phenomenon.

“Trust and believe, it’s going apace,” said Howard. “White supremacy has long legs. And it’s patient. So are we. I’ve been here for 23 years and I ain’t got shit else to do.”

As what he called Floyd’s second “angel-versary” neared, Kevin Brown, who lives a short walk from the site of the murder, chose to celebrate what progress had been made. If Minneapolis’s social and racial ills have not been cured, they have at last been acknowledged, he said.

“This is just the beginning,” said Brown. “It’s like when we have been throwing rocks at their house, and we finally got someone to look out the window.”